On the Horizon Futures Report

Not Your Father’s Prefab 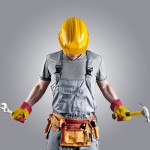 Revolutionary changes don’t come along very often in the construction industry. But thanks to a perfect-storm confluence of new technologies, economic shifts, robotics, market demand and the mass retirement of experienced boomer craftspeople, large buildings will soon be mostly assembled, not constructed, on site. However, “prefabrication” in this era and beyond does not amount to cookie-cutter generic. Design, customization and sophistication will all be part of this new wave of mass-manufacturing and will likely be completely computerized. The payoff: time and cost savings, efficiencies, and less dependence on scarce resources such as architects, engineers and skilled craftspeople. lineshapespace.com

Three Industries Ripe for Disruption from AI and Big Data 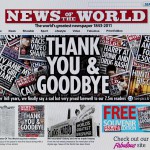 According to the Olin School of Business, 40 percent of today’s Fortune 500 companies will be gone in the next 10 years. And if Peter Diamandis, medical futurist and co-founder of Singularity University, is correct, the three industries most likely to be disrupted by Artificial Intelligence (AI) and big data in this decade are healthcare, finance and insurance. “Hundreds of startups are working to make you the CEO of your own health — augmenting or replacing doctors and nurses,” he says. “And I expect new AI-enabled healthcare options to be free or near-free.” He also predicts that the days of the financial advisor or broker will diminish as big data-enabled AI perform algorithmic trades on the stock market no human will ever match. While today, insurance is based on probabilities and imperfect knowledge, within this decade we will be able to know a great deal about our own health via genome sequencing and health monitoring. This will put healthy individuals in the cat bird’s seat with healthcare providers, and will likely disrupt the current model or cause its collapse. singularityhub.com

The Sharing Economy Continues to Shape-Shift and Expand 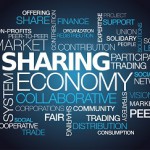 According to a new study by VisionCritical, the emerging collaborative or sharing economy is significantly impacting how U.S. and Canadian companies market, sell and innovate. (The sharing economy (peer-to-peer) enables consumers to use common technologies and cash to purchase goods and services from each other instead of buying from established companies.) The study draws on input from more than 50,000 North Americans and looks at the risks to established brands when it comes to three key drivers of the collaborative economy: price, convenience and brand.  Airbnb and Uber are two good examples, that despite bumps along the road, are not only here to stay but are raising consumers’ expectations for all businesses, according to the report. “A major reason behind the staggering growth of the collaborative economy is that it is composed of companies who truly understand what their customers want,” said the report’s co-author, Andrew Reid. “Not just what and when and how customers buy—but also why.” Reid’s report offers a number of strategies companies can consider to remain relevant and competitive now and in the future in a world disrupted by collaboration. visioncritical.com

Financial Technology Trends to Watch in 2016 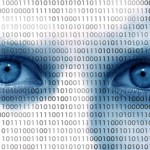 Financial services and payment technologies embody a sector expected to experience “extraordinary” growth and rapid change in the near-term, according to recent McKinsey report.  At the 2015 Money 20/20 annual financial services conference more than 10,000 industry movers, shakers and startups gathered to explore opportunities and discuss innovative solutions poised to revolutionize the industry. Their targets include the 2.5 billion adults worldwide who are currently underserved by traditional banking services; millennials or Generation Z (ages 18-34) who prefer mobile financial and buying apps over traditional banks; and the growing number of consumers of all ages who shop straight from their mobile phones all day, every day. Technologies getting attention include cryptocurrency and its underlying blockchain technology, as well as frictionless transaction solutions that capture “I-want-to-buy-moments” within social media networks.

Real power-walking brilliance Turns out those children’s sneakers that light up as they walk was only the beginning. A company called Pavegen has invented floor tiles that capture the power of footsteps and have installed them in more than 100 projects around the world, including a football stadium in Rio de Janiero and a terminal at Heathrow Airport. As people walk along, their steps meet the tile to light up signage, advertisements and more. www.technologyreview.com

We all may be living the Matrix by the 2030s Google engineering director, futurist and brilliant technologist, Ray Kurzweil, is at it again. This time he is forecasting a staggering milestone for human kind by the 2030s.  “We are going to send nano-robots into the brain (via capillaries) that will provide full immersion virtual reality from within the nervous system and will connect our neocortex to the cloud,” he says. (P.S. Kurzweil’s past predictions have about an 86 percent accuracy rate.) http://singularityhub.com

What if ET officially pays us a visit? While intelligent, alien life has not yet officially visited Earth, a new film, The Visit, allows viewers to see what might happen based on actual plans of experts likely to be on the welcoming committee. Part documentary and part science fiction, this film features interviews with experts from NASA and the UN who divulge  policies and pragmatic measures that global organizations actually have in place should extraterrestrials touchdown.  http://www.popsci.com